In the 90th we owned the Swedish wine import company Via Domitia, which was specialized on Languedoc wine. Now, as retired and living in Languedoc, we are still interested in wine and have the opportunity to have our former producers nearby and also to explore many new vine-yards. We like to share that experience with you in this guide. 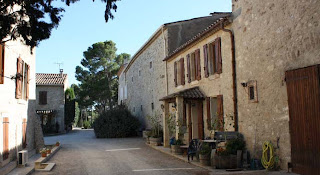 The first time I came in contact with this wine-yard was because of their very fancy rosé-bottles. They are of that kind many people save and have for decoration. Some restaurants use the empty bottles to serve ordinary water as they are so decorative.

I have also several times been drinking their top red cuvé – Bois de Dames and appreciated it very much. The other day our neighbors served us the last bottle from the year 2000 and I opened it with few expectations – it is a 13 years old wine for 10 euros. It was excellent with, typically enough for an old Corbières, tastes of chocolate and tobacco and also quite a lot of soft tannins left.

At a restaurant yesterday I ordered their traditional white wine made from Grenache blanc, Bourboulenc and Maccabeu. It was fruity and dry as a good not oaked wine should be.

Today I went to the wine-yard and bought one case of each. Despite it is just 15 minutes from my home it was my first visit. If I had not tried the wines before I might however not have bought any red. The wine I was given to taste came from a bottle that had been open for four days and was not at its best. The salesperson obviously did not think I would notice the difference.  When I commented on it he was quite embarrassed. 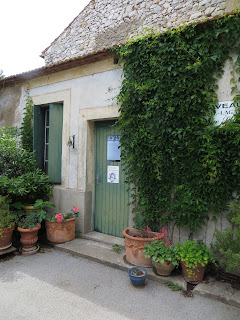 A bit unusual for Corbières, this vine-yard concentrates on white wine. They have three different cuvee of white, one red and one rose – all of them are AOP Corbières.

A favorite since many years is the white cuvée Vielles Vignes that goes very well with more elaborate fish dishes. We have howver not tasted the prestige white Gouttes d’Or that is made from 50/50 of Roussanne and Grenache Blanc. Friends of us has however praised it and it has to live up to that for a prize of 14 euros, which is quite a lot for a white wine from the region. Do not misunderstand,  the white wines are mostly superb – fruity and pleasant, but they are generally not of the kind that you can save for more than a couple of years. 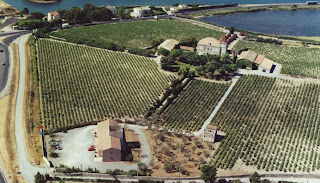 Châteaux de la Peyrade is regarded the best producer of Muscat de Frontignan. Year after year they get a Coup de Coeur (hart beat) by the French wine bible Guide Hachette. This is the highest grade that is given to a wine.
The wine has been produced for hundreds of years and there has been very appreciated. In the 18th century this sweet wine was popular in Sweden and the Swedish national poet Carl Michael Bellman wrote about it in one of his songs. Also the Swedish poet and scientist Georg Stiernhielm mentioned this wine in one of his poems. Thomas Jefferson grew fond of this wine during his time in France and it is told that he made sure that his wine cellar never was out of it when he returned to US as president.

Another funny story is that Marquis de Lur-Saluces, who owned Château d’Yquem should have traveled to Frontignan to learn how to grow and produce sweet wine - Sauterne. The methods used were however not very feasible in Bordeaux because of the climate. The grapes in Bordeaux got affected by Botrytis cinerea, or noble rot as it is also called, which gives the wine its special character. It is told however that he could use the Frontignan bottle they used at the time, which now is known as the Bordeaux bottle.

At one time some of the producers started to use a twisted bottle for Muscat de Frontignan. The saga says that the giant Hercules came to Frontignan and was very thirsty. When he had emptied the last bottle he squeezed it in his hands to try to get the last drops of wine and produced this spiral formed bottle.

Muscat de Frontignan at Châteaux de la Peyrade is produced from Muscat petit grain and is produced under very strict rules when it comes to harvesting, handling and temperature. What makes this wine so special compared to many other sweet muscat wines is the very fresh acidity that elevate this wine over those who are just sweet.

Besides producing wine from muscat grapes, the château sells a large selection of wine from the Languedoc area. It is therefore a good place to go to get an overview of Languedoc wines, especially wines from Herault.

The little castle with its new wine-shop is easy to find. Leaving the motorway driving down to Sete, approaching the sea, you find it beside the first roundabout to the right.
Upplagd av Jan Granath kl. 9:54 PM No comments: 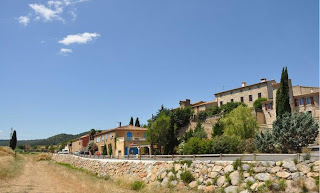 We jumped into this vine-yard by accident. We were in the little village Tournissan just south of Carcasson and it was lunch time. We saw this signe from a wine producer who also offered food. The little restaurant was located just beneath Château Pierre Guillaume. It was just a small caveau with a few tables and a little garden with a view that could be more exiting.

Exciting was however the owner who came out and told us about his restaurant enthusiastically. He had started a cooperation with a young star chef that prepared a selection of gourmet dishes in advance as "sous vide". The only thing they did in the restaurant was to heat it up, present it and serve a selected glass of their own wine production to every dish.

The food and wine was excellent and the service could not be more friendly. We enjoyed it and returned a couple of weeks later to buy some of his excellent wine and have lunch. We were esoecially impressed by the Pinot Noire, but the other wines were also excelent. 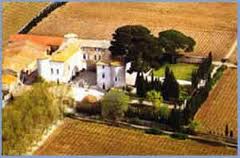 This is another of our producers from the time we were wine importers. Jerome d’Ormeson produces wine with appellation Vdp d’Oc, which might not sound to impressive for those who think that AOP is what counts. Nothing can be more wrong in this case.

The red wine from the estate is absolutely of top class and the prestige wine l’Enclos d’Ormesson is something extra. It is a Bordeaux type of wine produced on Merlot and Cabernet-Sauvignon. We sold this wine to the most prestigious gourmet restaurants in Sweden at the time. At one time we presented the wine at one of Gothenburg’s best restaurants, whose owner was the top sommelier of the country at the time. The sous-chef tried the wine on Saturday and he left half a bottle in the bar until Tuesday when the expert came in and tasted it. He was absolutely astonished by the quality and that was a bottle that had been open for several days.

The first time we visited the castle we had the opportunity to taste all available years of the prestige wine. Still today after 25 years and quite a lot of experience of wine this was the most exciting travel among tastes we have had.

There is actually another very unusual thing with this producer – they sell wine of older harvests, which very few producers in the area can afford.  Some of the cuvees are available from mid-90th.
A funny detail, as you are in the village – Lezignan-la-Cèbe is known to produce the absolutely best sweet onions in this part of the country. 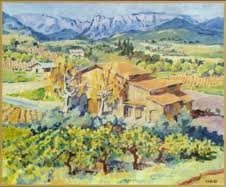 Domaine des Jougla has been winegrowers since 1595. It was one of our first producers as importers of wine in the 90s and we were fortunate to introduce their cuvee Ancestral  on Copenhagen Airport - Kastrup’s wine-shop there it had a great success.

We try to visit this producer at least once a year to get a few cases of their red wine to put in our cellar for later consumption. We still have a “forgotten” bottle of the prestige cuvèe Viel Arrasics but cuvee Initiale and Cuvèe Ancestrale are soon finished. 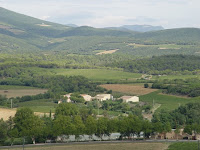 We met this producer the first time when we still were in the wine business. The son had just graduated as oenologue (wine maker) and had made his first wine – a Merlot - that impressed a lot on us. It became later a favorite in selected Swedish restaurants.

Today the son is in charge of the business and has developed a small but excellent portfolio of wine. They produce the most beautiful variety wines on Merlot, Viogner, Chardonnay and also one with a mixture of Chardonnay and Viogner, which is very pleasant. These wines are sold under the brand name of Domaine des Aspes and are Vdp d’Oc wines, while the traditional AOP Saint Chinian wine is sold under the label of Château du Prieure des Mourgues. The red prestige wine Grand Reserve is really something to pick up and put into your cellar to forget about for a few years. 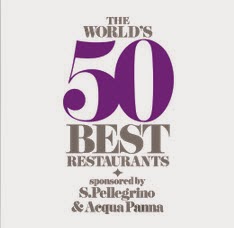